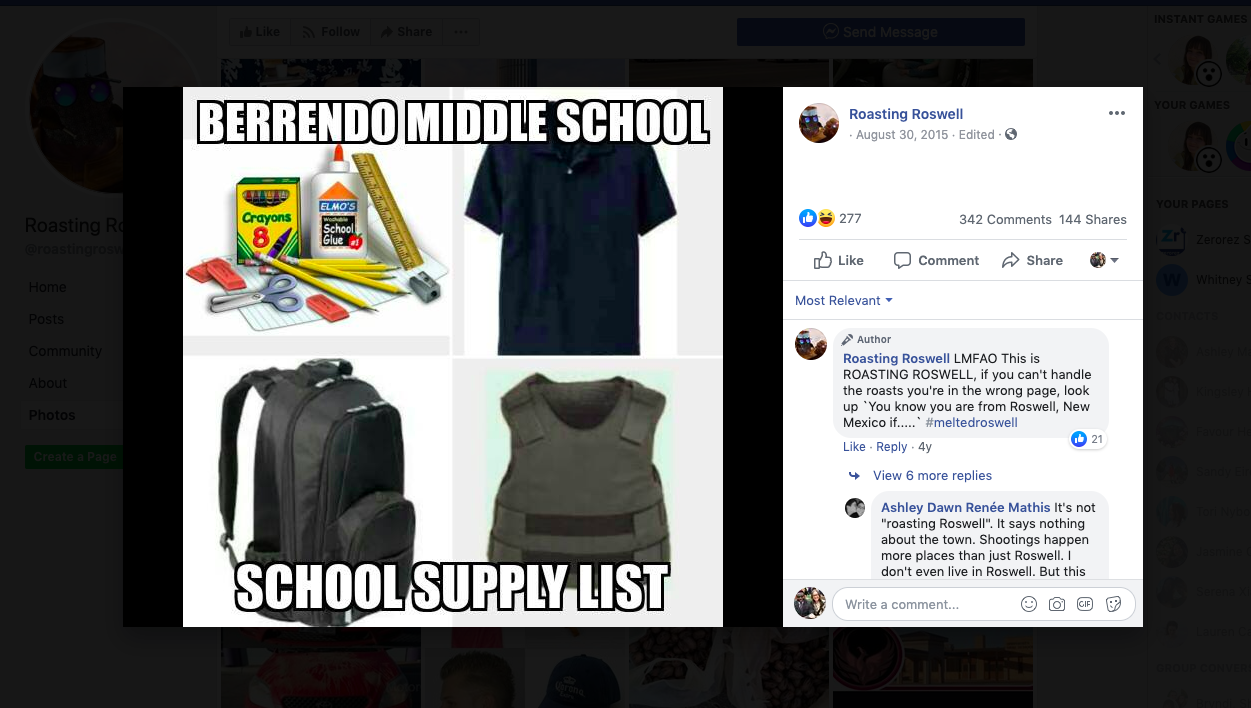 A meme made by someone poking fun at a school shooting shows how compassion fatigue is affecting people in today’s society to become insensitive to suffering.

As viewers of the news and media, we are exposed to countless articles, tweets, videos, stories, and posts such as this that highlight people who are suffering. In fact, hundreds and thousands of articles are released weekly about shootings, natural disasters, and other fatalities. To prove my point, just now as I typed “news, man shot” into Google, 66 articles came up instantly about people who have recently been killed or injured by gun shot, and all 66 of those articles were released within the last 24 hours. Overexposure to tragic media will cause people to experience compassion fatigue, which is likely what caused this offensive meme to be created and posted.

What Is Compassion Fatigue and What Are Its Effects?

The idea of compassion fatigue is that the more a viewer hears stories about people suffering on the media, the more insensitive they become to pain. Compassion fatigue is Keith Tester’s idea that because the media covers so many stories on suffering, we eventually become desensitized to the problems that are occurring around us. The meme shown above was made as a joke that students who go to Berrendo Middle School need to add a bullet proof vest to their school supply list. It was posted on social media after a student opened fire on his classmates as they were waiting for school to start at a middle school in New Mexico. This post is a great example of how compassion fatigue is affecting society. It is likely that whoever made this meme has been exposed to so much violence and suffering in the media that it has caused them to become desensitized to the tragedy of a school shooting, even when it occurred in their hometown.  As you can imagine, the effects of compassion fatigue can be very harmful, especially when suffering is taken too lightly. As for this Facebook meme, those who have family members or friends who were or could’ve been affected by the school shooting were deeply offended that someone would joke about such a serious matter.

Can We Combat Compassion Fatigue?

This news broadcast was created in attempt to combat an issue that was caused by compassion fatigue. Though the issue was covered by the media with good intentions to fight against the effects of compassion fatigue, I don’t believe that it was successful. Instead of getting the message across that making light of a serious and tragic situation is not ok, the creator of the offensive meme got attention for it. People who create memes make them with the intentions to be funny, get attention, and of course it’s a bonus if their meme goes viral. In a way, because the media covered this issue, they helped the offensive meme get the attention that was wanted and even pushed it many steps closer to going viral.

After analyzing this case of compassion fatigue, I am not convinced that there is clear way we can combat the phenomenon as a society. Though, I do believe that we can fight some o the effects compassion fatigue within ourselves. We have the ability to become educated on issues we hear about in the media. The more educated are aware we become, the more compassion we will be capable of expressing.

The song 1-800-273-8255 by Logic ft. Alessia Cara and Khalid was produced for a much greater reason than simply entertainment. Even the title of this masterpiece, 1-800-273-8255, displays a well thought out strategy, as it is the phone number for the National Suicide Prevention Lifeline. The lyrics of the song tell a story of struggle from the viewpoint of someone who is considering committing suicide and then calls the lifeline for help. This song and music video are framed in a way that shapes our perception of people who struggle with suicidal thoughts. The dramatic music, bold lyrics, and intense videography emotionally influence viewers to feel for the boy that this song is about. The creative for this media was attention-grabbing and interesting. It was put together in a way that causes the media to stick in your mind. As viewers are emotionally moved by the message portrayed in this media, it persuades them to develop a deeper belief about the seriousness of suicide.

When a consumer hears this song, it is very powerful and moving. There are a couple of different ways that this song may influence a person to think and even act. Listeners of 1-800-273-8255 may interpret it in one of two ways. First, if the listener is struggling in life and considering suicide themselves, this song presents them with a “way out.” It informs them that there are people they can call that can help them transition from wanting to die to gaining the desire to live and continue on with life. Secondly, if the listener is not considering suicide themselves, instead the message may bring to the forefront of their mind someone whom they know who may be struggling. As 1-800-273-8255 influences listeners to think this way, they may even be persuaded to act on the emotions they are feeling from this media and reach out to someone that could use help.

This media is selling the idea that contemplations of suicide are real, that it is an important subject that needs to be addressed, and that there is help available out there for people who struggle. Logic did such a good job at selling these ideas through his song that it was listed number 3 on the Billboard Hot 100 in 2017, nominated in the Grammy’s that same year for song of the year and best music video1, and is said to have influenced a dramatic increase in calls to the National Suicide Prevention Lifeline2. These reasons alone support that the execution of this song was of the highest quality and has had a great impact or influence on the public.

1-800-273-8255 is the perfect example of how media can influence our culture and public opinion. In past years talking about suicide was something that people seemed to be afraid of, but I believe that media such as the release of this song has made a positive impact on the way that the public views addressing suicide. I have personally noticed an increase in conversation around the topic due to this media. I have also become aware that I can use the National Suicide Prevention Lifeline as a resource to guide the people I know struggling around me get the help they need.

Then, as the midday sun withdraws from the gulf the shadow of the mountains, the clouds begin to roll out of the lower valleys. They swathe in sombre tatters the naked crags of precipices above the wooded slopes, hide the peaks, smoke in stormy trails across the snows of Higuerota. The Cordillera is gone from you as if it had dissolved itself into great piles of grey and black vapours that travel out slowly to seaward and vanish into thin air all along the front before the blazing heat of the day. The wasting edge of the cloud-bank always strives for, but seldom wins, the middle of the gulf. The sun—as the sailors say—is eating it up.

Indeed, these cloudy nights are proverbial with the seamen along the whole west coast of a great continent.

Unless perchance a sombre thunder-head breaks away from the main body to career all over the gulf till it escapes into the offing beyond Azuera, where it bursts suddenly into flame and crashes like a sinster pirate-ship of the air, hove-to above the horizon, engaging the sea.