The song 1-800-273-8255 by Logic ft. Alessia Cara and Khalid was produced for a much greater reason than simply entertainment. Even the title of this masterpiece, 1-800-273-8255, displays a well thought out strategy, as it is the phone number for the National Suicide Prevention Lifeline. The lyrics of the song tell a story of struggle from the viewpoint of someone who is considering committing suicide and then calls the lifeline for help. This song and music video are framed in a way that shapes our perception of people who struggle with suicidal thoughts. The dramatic music, bold lyrics, and intense videography emotionally influence viewers to feel for the boy that this song is about. The creative for this media was attention-grabbing and interesting. It was put together in a way that causes the media to stick in your mind. As viewers are emotionally moved by the message portrayed in this media, it persuades them to develop a deeper belief about the seriousness of suicide.

When a consumer hears this song, it is very powerful and moving. There are a couple of different ways that this song may influence a person to think and even act. Listeners of 1-800-273-8255 may interpret it in one of two ways. First, if the listener is struggling in life and considering suicide themselves, this song presents them with a “way out.” It informs them that there are people they can call that can help them transition from wanting to die to gaining the desire to live and continue on with life. Secondly, if the listener is not considering suicide themselves, instead the message may bring to the forefront of their mind someone whom they know who may be struggling. As 1-800-273-8255 influences listeners to think this way, they may even be persuaded to act on the emotions they are feeling from this media and reach out to someone that could use help.

This media is selling the idea that contemplations of suicide are real, that it is an important subject that needs to be addressed, and that there is help available out there for people who struggle. Logic did such a good job at selling these ideas through his song that it was listed number 3 on the Billboard Hot 100 in 2017, nominated in the Grammy’s that same year for song of the year and best music video1, and is said to have influenced a dramatic increase in calls to the National Suicide Prevention Lifeline2. These reasons alone support that the execution of this song was of the highest quality and has had a great impact or influence on the public.

1-800-273-8255 is the perfect example of how media can influence our culture and public opinion. In past years talking about suicide was something that people seemed to be afraid of, but I believe that media such as the release of this song has made a positive impact on the way that the public views addressing suicide. I have personally noticed an increase in conversation around the topic due to this media. I have also become aware that I can use the National Suicide Prevention Lifeline as a resource to guide the people I know struggling around me get the help they need. 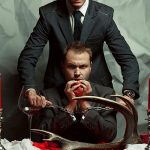 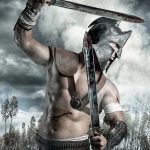 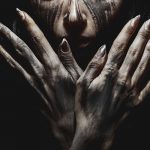 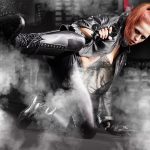 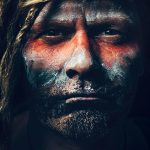